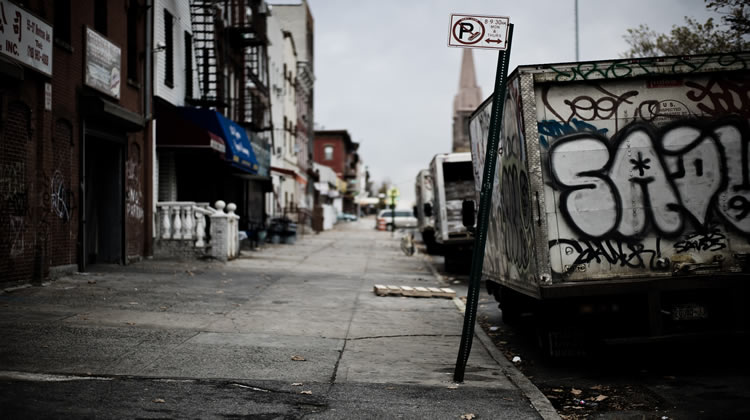 When The Hell Is Let Loose | Ridwan O Adedeji

Today is loosing into seizures of a sudden rush down the declivity of sanity, breakless, yet grasping the liquid darkness in a predictable halt in the pit of craziness, the nemesis of a sudden dash and far too long immutable acceptance of an endorsed fate. It is watching as it recedes, ships belt off berth of war into a hot bath of congealed redness.

It is taking in full view—mindful of its soon to change status quo to a nightmarish yesterday—the pursuit of men of God by dogs of men, their tongues salivating—as they gained speed—of a feast of honey-coated tongues and other holy additives. Their owners, clapping soot off their hands—having successfully put the big black but seemingly untouchable thief enshrouded in dirt-sweeping gbariye in his place among the blackness of decrepit tyres—are waiting standoffish from the sacrificial goat triumphantly for holy blood and flesh to be cleansed and born again when they are kowtowing before the good holy Lord.

Karma is lying in the hands of the one(s) wielding the highest power. The people are saying government people are coming. So they are making plans to hide either suspended in the air in one of the many storeys or flesh themselves like onions in the shafts and kiosks and stalls and sheds terra firma to watch safely the ascent of the mace bearers to the mount of dominance. The market people are waiting in anticipation from their covers a descent of fire and brimstone from their in-waiting correctors and self-styled deputies of the good Holy Lord.

Already, the media is transmitting the ruling bloc’s pronouncement ahead of their premeditated slip of trigger by the trigger-happy security institution—more like a bark before a bite. The people are being told by their government to stay away from any form of gathering, not even the market where there is already a complete deviance.

Not that they are not in the know of the ugly consequences that were befalling dissidents in the recent past but a government losing its people’s backing and consequently the right to govern is ceasing to be a legitimate government. If it is tearing people into shreds, there are going to be stuck shreds in their teeth. These stuck shreds are going to make their teeth rotten and by extension their mouth toothless.

Smoke is rising up into the sky in a surge of supplication to Univord, the good Holy Lord. Below the heavenward smoke is a blazing fire coming from tyres and a police pick-up vehicle with its burnt-to-coal perplexed driver. Tear gassing security dogs with their bullet exhausted gods are scampering about; fleeing for their lives.

Before their arrival in a procession of ten police vans, the security operatives were thinking things were like before and so bought a few persons—unknown to them that even the Judases can repent and be in the service of the divine power.

They were being tricked into the marketplace whose graveness was startling; making them think everyone was in full compliance with the directive of their masters.

They were thinking of the next line of action when people trooped out of their hiding under the motivation of a taped stentorian voice from the market mosque and church in loudspeakers.

It was all seeming like a dream but reality no matter what form it is coming or name you are calling it is still the reality. So they were shooting into any moving person in sight but the concourse of market women and men were maintaining their stand of surly deviance, throwing petrol-soaked breads, torched flags and stones in return, the voice urging on.

The security operatives are hurrying away without the knowledge of how a voice is doing the magic under their nose. They wouldn’t know when all they are doing is to beg for alms year after year after an attractive salary from taxpayers’ money and the oil revenue.

The people are leaving. One after the other. No one is willing to stay not after what is happening in the market and the town over. They are trooping to the neighbouring asylums and respite stopovers—ranging from farmsteads, towns, states to safer grounds of neighbouring countries.

To them, their town is already metamorphosing into another Odi—a razed ground. It is only a matter of time before the government people set free the army people to their own devices.

Birds and flies and files of ants are watching the town as it is journeying into isolation.

The first set of escapists are being brutalised by the assemblage of angry and offended police officers, guns pointing, at checkpoints. First, the officers are trying to be civil. They are ordering the people back into the town.

Later, they are tossing with the idea of encircling them into their vans but the possibility is ebbing away from reality. The people are becoming too much for their vans to contain even when crammed together like rams, cows or pigs.

Then, one of the runaways, obviously a student unionist, is protesting in what looks like—but not exactly his words—“I did not come all the way from Olu, the land where mushrooms abound, to be denied my fundamental right to leave the town. What is this Idi-Amin VIP treatment?” bla bla bla.

Instantly, his face is welcoming barrage of slaps. The police persons are taking hold of him. They are saying he is the stentorian speaker behind the market incidences.

The people are wanting to protest but they are no match of their uniformed foes who readily ward them off with butts and nozzles of their guns and their black-painted truncheons.

The people are backing into the town.

While a wise man is dying, another wise man is making burial arrangements for his comrade in wisdom. Also, wisdom can not be so scanty for one to quest for it in the firmament.

The people, the rest and the first sets, are leaving the town without police interference; eluding police blocks. They are taking roads meandering through the bushes near the town outskirts into the middles of somewhere else—their destinations or preludes to the relief they are seeking.

The rumoured descent of the army people, just the way of locusts on a promising harvest, is becoming flashes of ètímọ́—lightning—on a growling inkish blue and grey and purplish sky yielding no rain.

It seems the town is not burning into ridges of ash so soon. The oga patapata of soldiers is not agreeing with his bloodthirsty bloody civilian masters. People are saying a probable military takeover is likely if the town is torched and its people riddled with bullets. It seems the remaining people can rest on their backs in peace.

Photo by Michael Blomberg on Unsplash

About the Author: Ridwan O. Adedeji is a three hundred level student of English Language, Obafemi Awolowo University, Ile-Ife. A native of Iwo, he espouses an egalitarian society that has sincere interests in its helpless and less privileged.
Personal Blog Link: owiwishrieks.wordpress.com