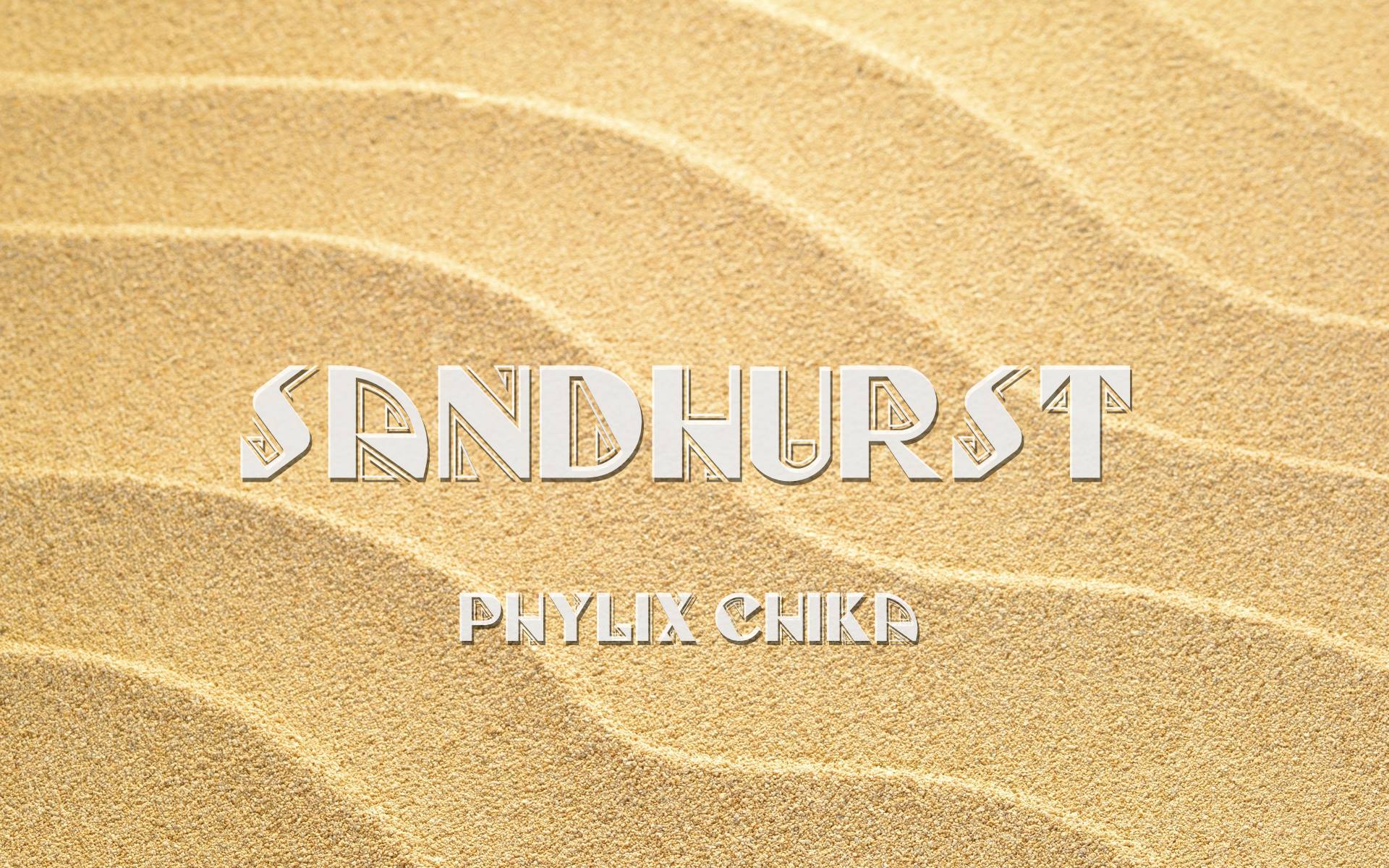 How do you tell the dead they are no longer alive?

How do you plead with the beast that the mother denied?

It was hot. But not scalding hot. Just hot enough to bring consciousness back. The ground beneath felt loose and almost soft, but also rough in places. At first there was stillness, and then there was stirring. Darkness, and then light.

The brightness stung, and with a hand she shielded her eyes against the glare of the overhead sun. Birds glided lazily underneath the clarity of the blue sky. Her hand went to her chest as she closed her eyes and took a deep breath.

Sitting up, the grains of sand stuck to her back fell off. She looked around, seeing nothing but more sand stretched till the ends all around her. She grabbed a handful of sand and let it slide through her fingers. The sand was so smooth, with not a single stone to be found.

Where was she? Why was she here?

More deep breaths to wade through her mind, and then her heartbeat raced.

She could not remember.

Deeper into her mind. Nothing but emptiness.

Who was she? What was she doing there? How did she get there? Where was she?

The questions bounced around in her head, but no answers existed to stop them in their cascades.

And then suddenly, a voice;

She moved into a crouch quickly and pulled out a dagger from behind her thigh. Wielding it backhanded, she looked around, but all she saw was sand.

The voice again. Her beating heart settled down, and she listened closely.

Find the core… find it all…

She strained to hear more, but then the voice was gone. Sheathing her dagger, she got on her feet to decide on the path to take. Everything looked the same, but when she looked off into the distance, there seemed to be a slight glimmer in one direction. With no better idea or point of reference, she took off towards the glimmer.

She walked on. Oft times it seemed as if the glimmer was retreating instead of coming closer, but she pressed on. The only message she had received was to find the core, and whatever that was she would find it. There was a strong feeling in her heart that she needed to find the core. It was important to a lot of things, most especially herself. The core would be able to answer her questions. Whatever memories she’d lost, the core would be able to restore them.

She had walked a great distance and marvelled at how fit she felt. She felt neither hunger nor thirst, but also wondered how she knew she was meant to feel those things. Did they really exist if she didn’t feel them? Where they just ideas that she somehow was able to grasp at in the near emptiness of her mind? No answer was forthcoming, and this frustrated her. But she pressed on towards the glimmer.

As she walked, she began to feel cool. She looked up and sure enough was the sun with no clouds for cover. And yet… she felt as though she was cooling off under the shade of a tree. This made her feel like she was getting closer to her destination.

Sparsely, she began to meet dried up plants and hollowed stumps of long dead trees. A few creatures scurried around, and some paused long enough to regard her movements before discarding her as a predator to move along with their business.

Birds kept flying high up at a languid pace. And then one of them glided towards the ground, but she was preoccupied with her destination to notice. It landed on a cactus across her path and regarded her for a while as she passed by.

“You look like the one I’m supposed to meet,” the bird said casually.

She stopped in her tracks and slowly turned around. Their eyes met; her dark pupils resting in her white eyes against the blackness of the bird’s eyes. For a spell, they stared before she abruptly turned around and continued walking.

This caught the bird by surprise. “They said you’d be walking towards the light. Towards the labyrinth!” it called out.

She stopped again, turned around and looked at the bird. With steady steps she approached it.

“I’m meant to follow you,” it continued. “I don’t know why. I’m not told these things. All I get is the command, and somehow I have to follow it without even knowing why. To be honest… I don’t even know who ‘they’ are, if ‘they’ truly exist or if ‘they’ are just some figment of my imagination.”

Fancy that, she thought. A bird with an imagination.

Standing several centimetres away, she narrowed her eyes and cocked her head as if to say “Keep talking.”

The bird must have understood this, because it continued. “Your path is a rough one, but it is one you must take for reasons known only to you. You will need help. I will be that help, but I don’t know how I will be that help. Only you know how.”

She let out a breath of frustration. How was she to know these things? She couldn’t even remember who she was, and the only thing she knew she was to do was to—

“Find the core. That is what you have to do, isn’t it?” the bird asked, then immediately added. “I can’t read your mind. I only know what you have to do.” It looked at her, turning its head this way and that. “You don’t talk much, do you?”

She only grunted in reply.

“That’s okay. I can talk for the both of us. It’s not often I get to talk, you understand. It’s quite a relief to be able to do so, you know, instead of cawing like my brothers. Hey, what are you doing?”

She reached out a hand to grab the bird and toss away, but as soon as she made contact both of them froze.

There was a blinding white light, and then there was nothing.

Slowly, her vision returned in the most peculiar way. What she saw was… herself. She was looking at herself. Her eyes were all white, and her hand was stretched out. She looked at the stretched out hand, and it fell back into place. At that moment she realized she was inside the bird looking at her own body. It was the first time she actually regarded herself ever since she woke up in the sand.

A sleeveless leather-like clothing covered her torso, going down to a short skirt. Underneath that, she had on shorts that reached to her knees. Sandals adorned her feet, and a softer looking cloth covered from her shoulders to her elbows. There were braces on her wrists and ankles, and around her waist was a belt with a pouch dangling from it.

Her vision sucked away and then she found herself back in her body, on her knees and breathing heavily.

“Gods! Did you just get into my head? I can swear that you were in my head! How did you do that?” the bird asked enthusiastically.

The experience shook her. She didn’t know how she did, if she did it at all. Maybe something else had been responsible for the switch.

“You’ll figure it out later. We have to move. Your quest won’t move itself.”

She regained her composure and scoffed, then patted her left shoulder. The bird understood this, and flapped its wings so it could perch on her shoulder. Once settled, she continued her walk towards the glimmer.

In little time, they came across an enormous wall with carvings reaching from top to bottom. She couldn’t imagine people working endlessly to create such carvings, especially in a desolate place where no one would be able to admire them. The wall stretched out on both sides, and the only way across was a gate that was just as enormous as the wall. On the gate was a carving of an anticlockwise spiral that looped seven times, with a long vertical line cutting from top to bottom. Four smaller lines cut through the spiral at diagonals, but didn’t meet the vertical line.

As soon as she stepped directly in front of the towering gate, there was a searing pain on the inset of her arm. When she brought it up to look at, she was amazed to see the exact same symbol glowing on her arm. Just then, the ground shook hard as there was a groaning sound, and the gate divided and opened inwards.

“Gods. I don’t remember the last time the labyrinth doors ever opened. You must be very special to open them up,” the bird wondered out loud. It tilted its body so it could look directly at her face. “It looks like it’s time to start your journey towards the core.”

She looked up at the bird and smiled as she walked through the open gates. Once on the other side, the gates groaned loudly as they slipped back into place, sealing her in to whatever was deemed her fate.

Did you hear the one about the couch potato? Me neither. I was too lazy to listen.