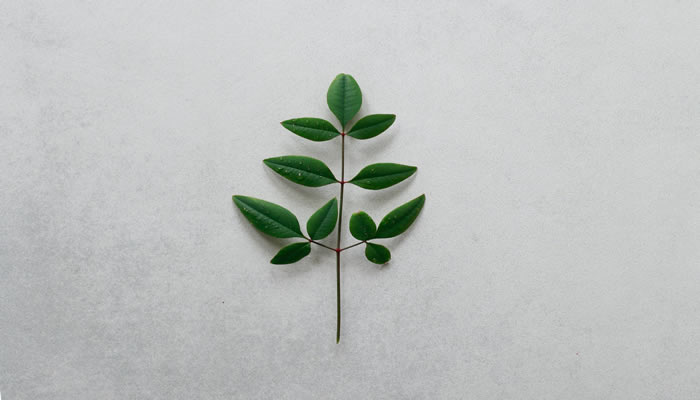 Christmas for me comes with a lot of memories — memories that linger and never go away.

Every Christmas I’ve ever had has had its own story. Sometimes, if the stories didn’t come, my sister and I would coax one out. We made it a tradition.

But the Christmas of 2004 didn’t need us to force anything; a story came and it was a bizarre one.

It all started on the Christmas eve of that year.

Mama always made the stew and soup on Christmas Eve, and made rice the next day.

Our house was lively and it was almost past midnight already. PHCN had decided to bless us with low current electricity that night. At least, it was better than going through the night without light.

Papa was lying on the couch battling sleep, with the remote in his hand. For someone who made us tune in to CNN, he was not doing a lot of watching.

We both sat close to him, Ola and me, plotting on how to get the remote from him. We knew it wasn’t a walk in the park because once we get the remote control, he’d wake up, as if by magic, and ask us to put CNN back on.

Mama had called out for my sister from the kitchen and Ola went to answer. I was left with the task of getting the remote. I was already on it when a loud banging knock hit our ears. Papa jerked from his surface sleeping and stared at me. The banging was coming from the entrance door and what followed was a loud recurrent bark from our dog, Larry.

Papa stood up quickly from the couch as though he’d been bitten by a black ant; the type that gracefully blends into our rug and comes out to bite whenever one whispered dudu kokoro – Mama had said so. He had a confused but frightened look on his face as he walked cautiously towards the door and peeked through the keyhole. Whatever he saw made him stiffen and he slowly opened the door.

The robbers came in and Udousung our gate keeper was with them. They flung him inside and ordered everyone to lie down and hide our faces.

The robbers wished us a Merry Christmas before asking Papa where  money was.

Papa said there was no money and the robbers got furious and threatened to shoot us.

I was scared. Papa was shaking and quite honestly, I almost asked him in the presence of the robbers to give them the money he got from the bank a few days back. I was terrified.

Just then, Ola strolled casually into the living room where everyone except the robbers were kissing the rug and they ordered her to lie down flat too.

As usual, she exhibited her annoying show of inquisitiveness, asking who the robbers were. Ah! Excuse you! I wasted no time in telling her that they were distant relatives that came to say hi to us with guns and masks.

“Shut up and stop talking before I blow una brains!” one of them barked.

I froze and Ola began to cry.

One of the robbers with a husky voice that sounded like what Chelsea Dry Gin would’ve sounded like if it were human, had been pacing up and down the house and when he walked back into the sitting room, he asked a question to no one in particular.

It was the aroma of Mama’s stew filling the whole house. She was still oblivious to everything happening in the living room.

The robber with a husky voice did most of the talking and I suspected he was their leader.

Papa said thank you to what seemed like a compliment. He wasn’t even sure what it was, as he later said.

After a while, the robbers became a little nicer and their leader told us a short story of how his mother’s cooking always made Christmas beautiful. Our confusion at this point soared at a dizzying altitude jump. What was happening?

He then asked us to bring some of the food for him and his boys.

“As money no dey, at least make we chop. Christmas is all about sharing abi?” He said, laughing throatily.

He waited for us to answer and when we didn’t, he asked again.

It was at that time that we knew he needed an answer.

We chorused, “Yesssss,” drawing it out as long as our shortened breaths could allow.

My heart palpitations slowly began to  drop in frequency as the leader told us to sit up. I still didn’t trust him, though. Udousung stared shamefully from Papa to the gang leader and then to me, as if issuing a silent apology to us. Papa didn’t even flinch.

“Na only stew we cook this night, sir. Na tomorrow we go cook rice.” Papa spoke on our behalf.

A shadow of anger briefly fell on the gang leader’s face. He ignored my father and looked towards my sister.

“You! No be woman you be? Go cook rice come nau,” he barked irritatingly, staring down at the poor girl as if it was perfectly logical that she came pre-installed with some cooking ability wedged between her legs.

Ola jerked up and made her way to the kitchen with one of the gang members closely following her.

The robber came back with Mama and they asked her to sit next to Papa.

Mama looked like she’d seen ghosts and we knew she needed an explanation, but it wasn’t the  time for her to get it, especially since it was very easy to understand what was happening.

The gang leader looked at the one that had escorted Ola to the kitchen and asked him to go and tell Ola that they were six of them, so she would know the amount of food to cook.

That one walked briskly into the kitchen and returned almost immediately, only to be chased back by his oga.

“Wetin you come back come do? Go help that girl for kitchen.”

Mama’s eyes bulged out at this and I’m sure it took all in her not to shout at the gang leader. She was visibly shaking still. Papa just looked at the TV that was now turned off, lost in thought.

Thankfully, it didn’t take long before the rice was ready and was served. Mama grabbed Ola immediately she was out of the kitchen and whispered worrying questions into her ear. I saw Ola shake her head and I could see the relief on Mama’s face.

After Mama had served and they’d started eating, the gang leader asked her if the rice was still remaining in the pot, because, in his words, “I no too sure say this one go bellefu us o!”

It was a little dark in the dining room because of the low current, but the disgust on Papa’s face was both hilarious and contagious.

I could understand, because the anus of the fowl that was his favorite part went to the gang leader and every bite he took was torture for Papa. The man was in severe pains.

Another round of plates was ordered and they ate all the rice to the last grain.

I know you’re wondering where the police could have been at this time.

Well, the security in our area at the time was abysmal.

Rumors had it that the robbers worked with the police and that was why they never showed up during any robbery.  It seemed true at this point.

The robbers prayed for us before they left and one prayer point stood out for me.

“We came here to rob you, but you gave us food. As you have been kind to us, may God also be kind to you.”

It came from a place of deep gratitude – gratitude from a man that really needed to eat good food.

We weren’t particularly kind to them but we said amen, hoping that God would at least comfort us.

We barely slept that night, and as soon as it was bright, Mama came to tap me up from the bed.

“Oya, go and wash the plates and the pots.”

I staggered sleepily to the kitchen, and of course I wasn’t dreaming.

The sink was filled to the brim with plates and bones and stew stains.

Mama went out back to slaughter another fowl to put in the remaining stew. Last night, the robbers had asked her to bring the pot of stew to the living room to serve from there so they could select the meat they wanted, and they did very well to select everything except the heads of chicken which we usually left for the dog.

Papa was making a call with the home phone to the police.

“Officer, these people finished our food in one sitting. My family and I deserve justice!”

Papa took it personally and I could understand. I really could.

Ola was still sleeping because she experienced a panic attack later that night.

Then there was me standing in front of dirty pots and plates.

I didn’t know where to start from and it didn’t help that the only voice in my head was from the previous night.

“Iya, put the stew one side for my own.”

It was the voice of the robber that prayed for us.

Photo by Emily Wade on Unsplash 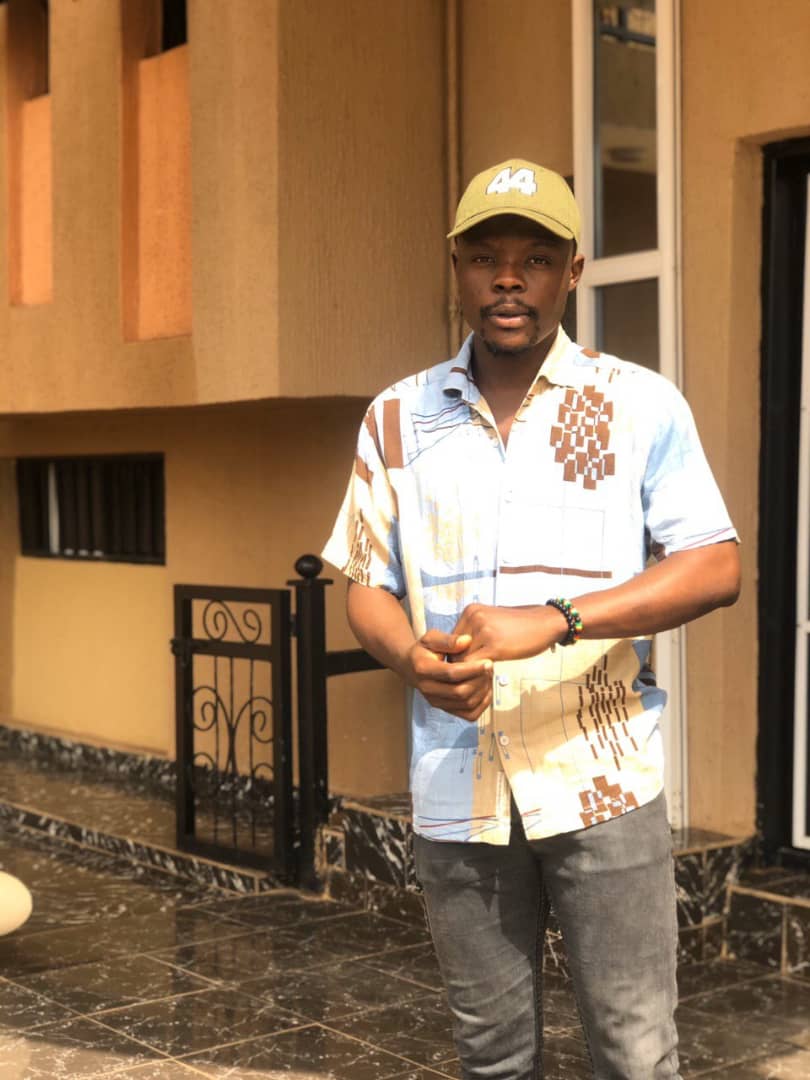